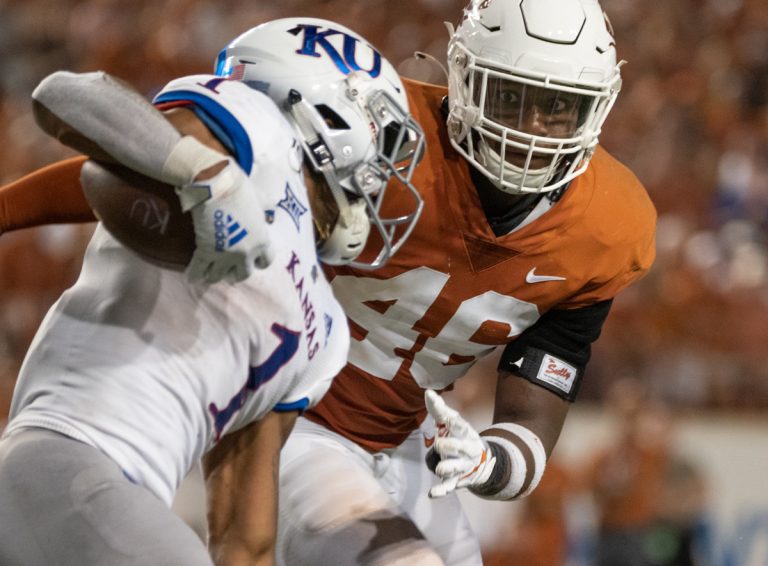 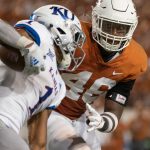 Football
With multiple new starters facing a Kansas offense that has shown much greater competence and had a bye week to prepare under a hotshot young OC, Texas' defense was in a decisive game. This was a time for the Longhorns to settle in on defense and focus on playing good base defense while keying Pooka Williams. That was the common assumption throughout the week, bolstered by talking points from the Texas staff about simplifying and getting the players moving fast. 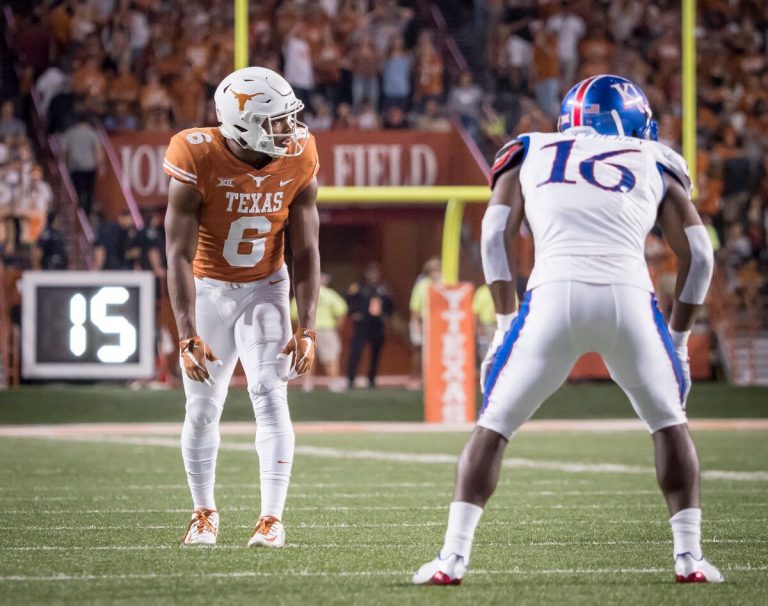 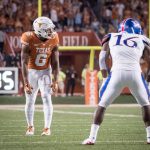 FootballPremium
Lincoln Riley and his staff put on a very unwelcome exposé in the Cotton Bowl on some of the problems in Tom Herman’s Texas program. There are a few issues now that are more or less settled fact, many of which can only be patched up next offseason when more rigorous solutions can be applied. One such issue is the lack of bang for his buck that Herman is getting from his staff. 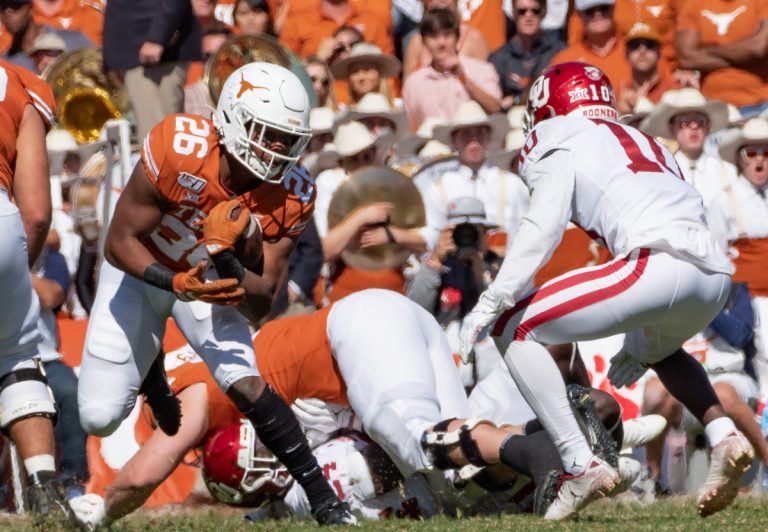 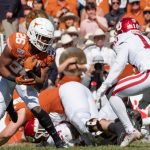 FootballPremium
In one sense, Texas took Oklahoma pretty seriously in this contest. They didn't really run the base offense that had vaulted them up to a no. 4 ranking in the SP+ offensive ratings and had them looking like the best offense the 40 Acres had seen since 2008 or earlier. Instead, they tried to pick at the obvious Oklahoma weaknesses from unexpected looks and didn't seem to have much confidence in some of the sets that had served them so well in previous weeks. 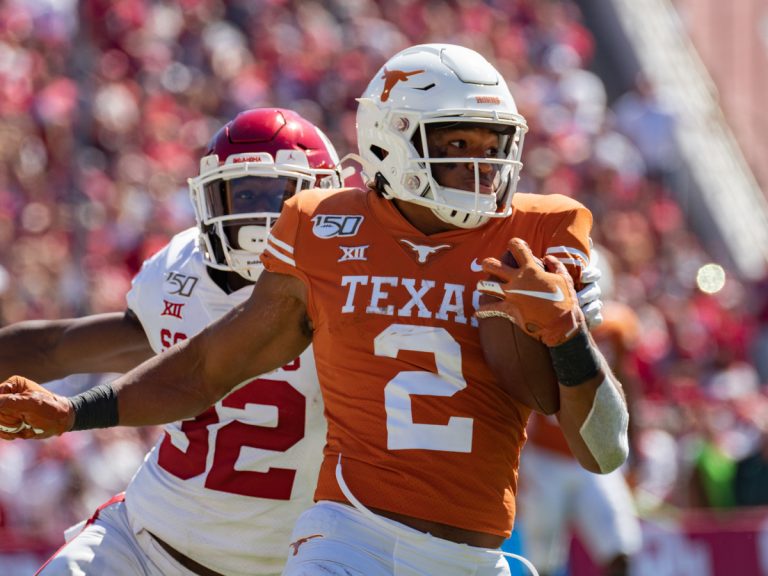 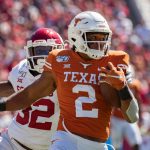 Football
For the second time in a row, Lincoln Riley successfully out-coached Tom Herman in this series and in particular caught him with his defensive staff's gameplan. Texas understandably went into this game intending to work over Oklahoma on the perimeter with the screen game early before circling back to the run game later. That didn't work out, for reasons we'll come back to later in this post, and the Longhorns were easily turned into a one-dimensional team that Oklahoma teed off against with pressures that resulted in 9 sacks over the course of the game. 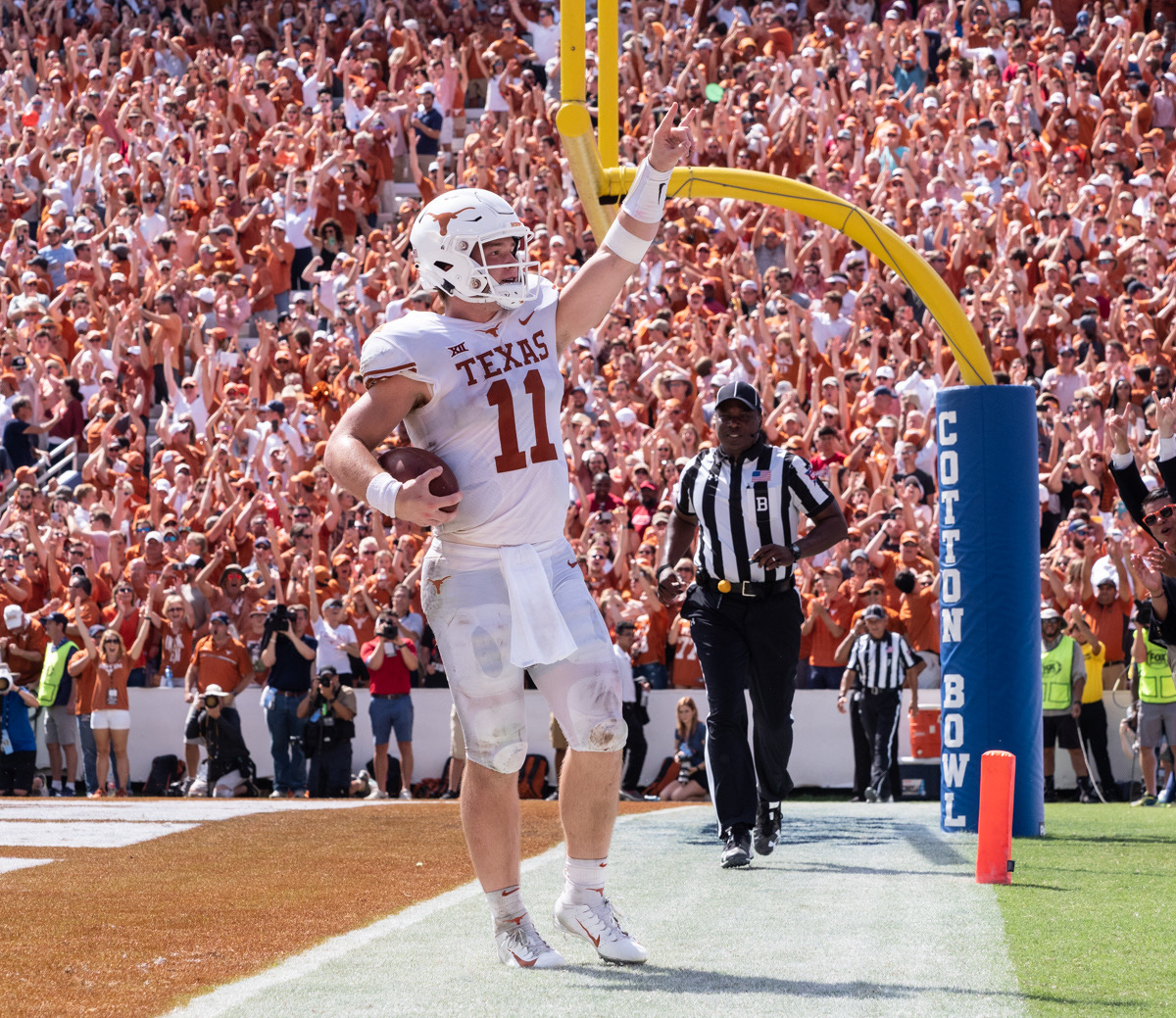 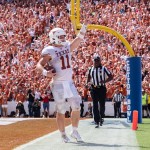 FootballPremium
Obviously Vegas thinks rather highly of Oklahoma given the -10.5 opening line. Vegas hasn’t had a great feel for this game in a while though, as you can see from the lines and outcomes of this game since the 63-21 thrashing in 2012 that led to the famous “When you write a piece like this” column from Scipio Tex regarding Mack Brown’s tenure. 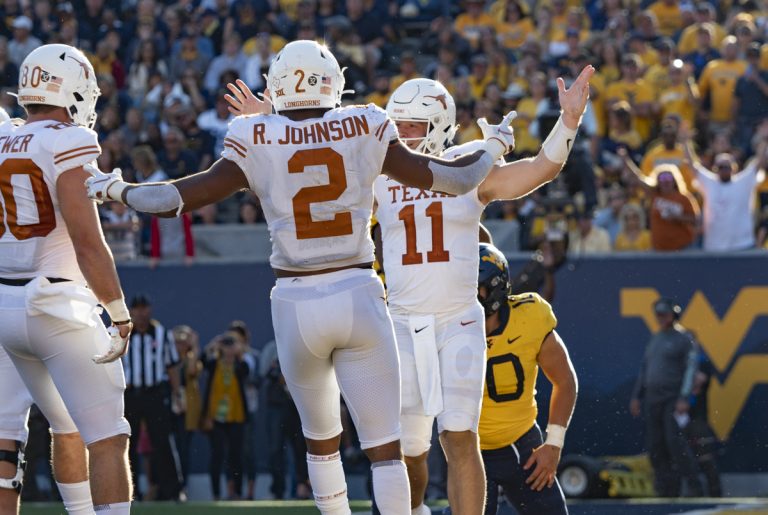 FootballPremium
Texas didn't throw all that much at West Virginia offensively. The arsenal of 3x2 empty formation plays has expanded somewhat as they are obviously looking to keep opponents from keying Devin Duvernay so strongly in those sets, but those issues will largely resolve themselves when Collin Johnson returns to the fold. 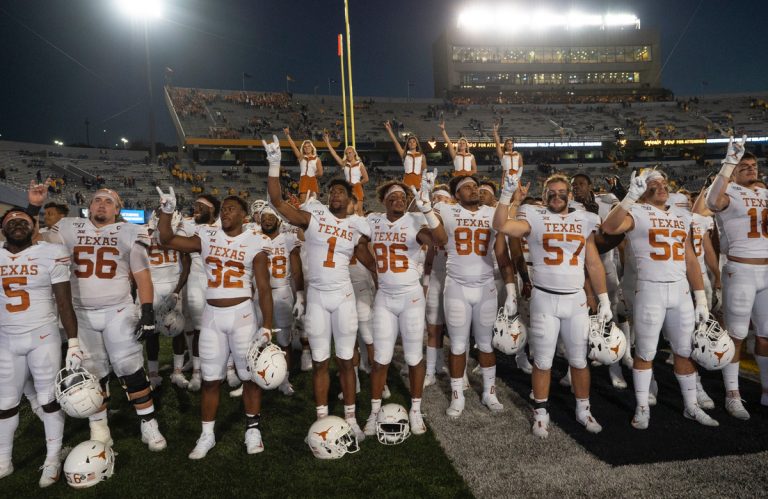 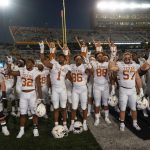 Football
Texas kept scoring in this game, finishing with 42 points and preventing West Virginia's attempts to exploit the Longhorns' special teams late from holding much relevance for the final outcome. You had to wonder if Tom Herman determined during or after the 2018 season that it might be better to pour on a few extra points when feasible in Big 12 contests this season. No one in this league will accept a beating like a gentleman, they will keep throwing haymakers and welcome the possibility of a 55-24 final score if it means they have a better shot at winning 56-55. 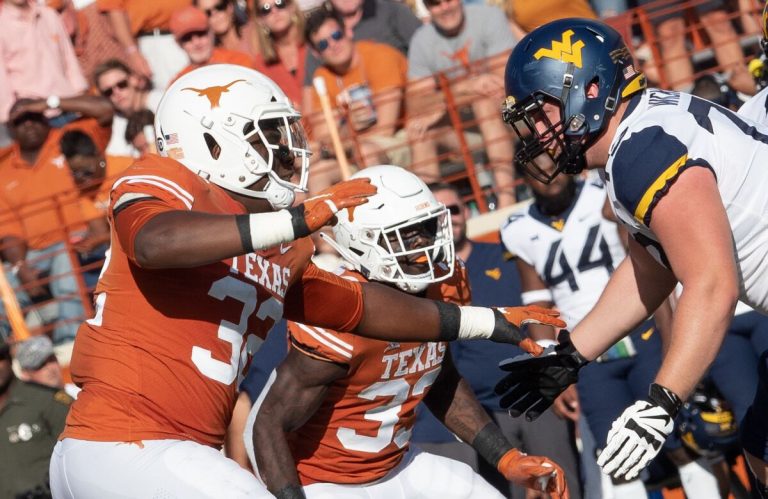 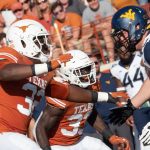 FootballPremium
The bye week for Texas came at a great time. The injuries were piling up so a week to heal and drill down some special teams specifics were unquestionably valuable for this team. Texas was also lucky with how things fell into place for October. Next up is the road trip to West Virginia, who doesn’t have the high end talent nor the infrastructure of previous seasons, and then the Red River Shootout. 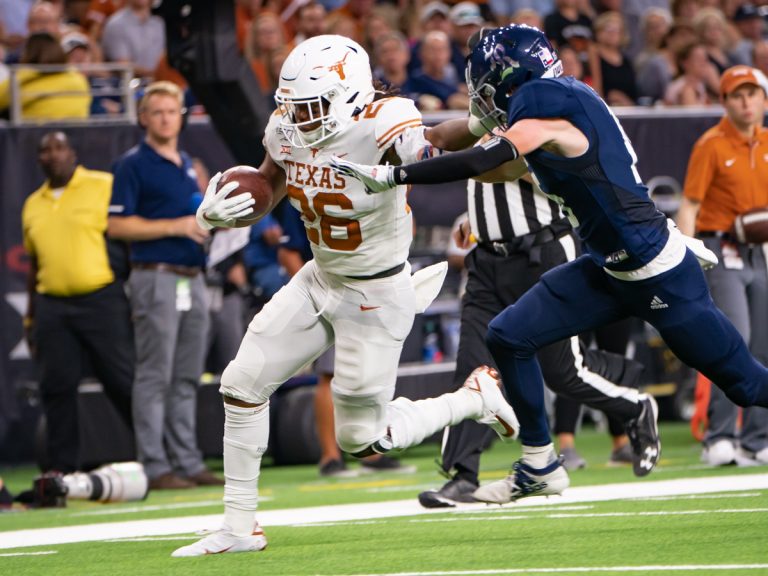 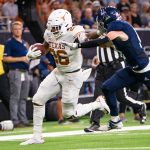 FootballPremium
Now that I've concluded my trek back and forth across the Mississippi, I was able to back track and chart the Texas run game against both Rice and Oklahoma State. We'll start with the results against the Owls, who employed a similar defensive design as the Cowboys but were actually much more aggressive with it, for better or worse. 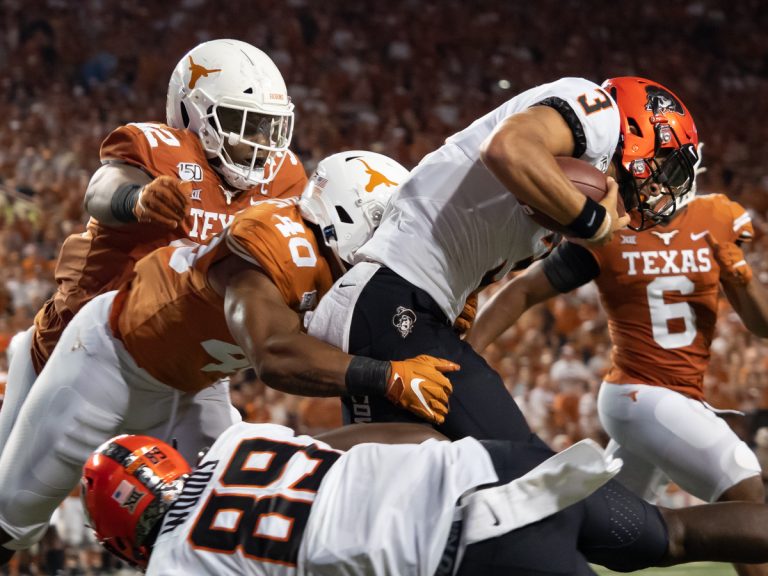 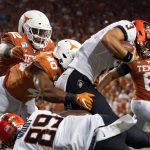 FootballPremium
Oklahoma State’s road trip to Austin last Saturday coincided with my own road trip down to the state capital from my abode in Michigan. It’s the first time I’d been in DKR Memorial Stadium since Collin Klein unsurprisingly gritted out a 17-13 victory over the heavily favored Longhorns back in 2011. @wethorn was able to get me into some fantastic seats and I took in the game from a new observation post that offered some new angles on Herman’s Horns than my sofa.