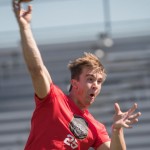 FootballFootball Recruiting
Inside the Gameplan: What makes Ehlinger special

Football is a violent game, and violent men often dominate its outcomes, but the quarterback is typically an exception. The modern game has become increasingly about finding QBs that can think quickly and rationally while chaos and bloodshed reigns all around them. For this position success is less about being effective at direct violence and more about being fearless in the face of it. 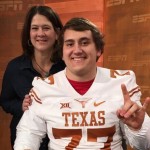 If you don’t know who Zach Shackelford is yet, you will soon.

He’s already on campus and practicing with the team, so I’m going to throw out his three-star recruit status. Zach’s not a recruit anymore. Things like national position rankings no longer matter in his world. He’s officially become a college football player six to eight months before other high school signees. 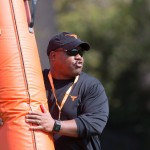 February will go down as a month that shapes the 2016 season in numerous ways; notably recruiting and new coaches. We know Strong improved roster talent on NSD. I think he may have slightly upgraded the coaching staff as well. This is hard to do because he lost three good coaches and two good recruiters. 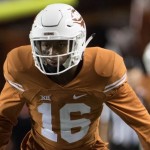 Football
Inside the Gameplan: Texas Safeties

Defensive backs in the Big 12 get exposed on a weekly basis. There’s a trial by fire that has to happen for every young DB in this league and while fans often forget, even the best tend to endure some tough times as underclassmen before finding their footing. 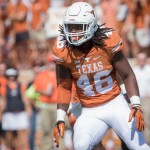 Texas has a lot to offer Charlie Strong. The University has money, fanbase, and tradition in spades. That’s why many people believe Texas to be the top coaching job in the country.