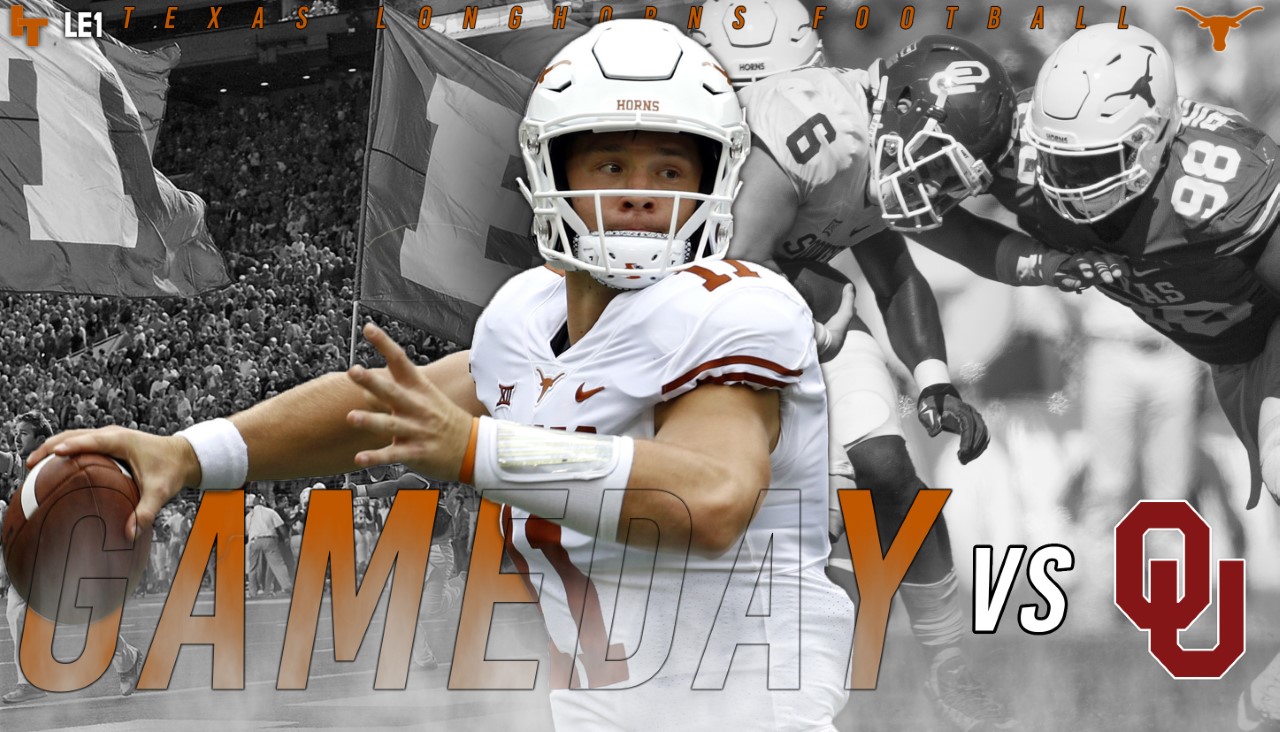 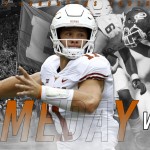 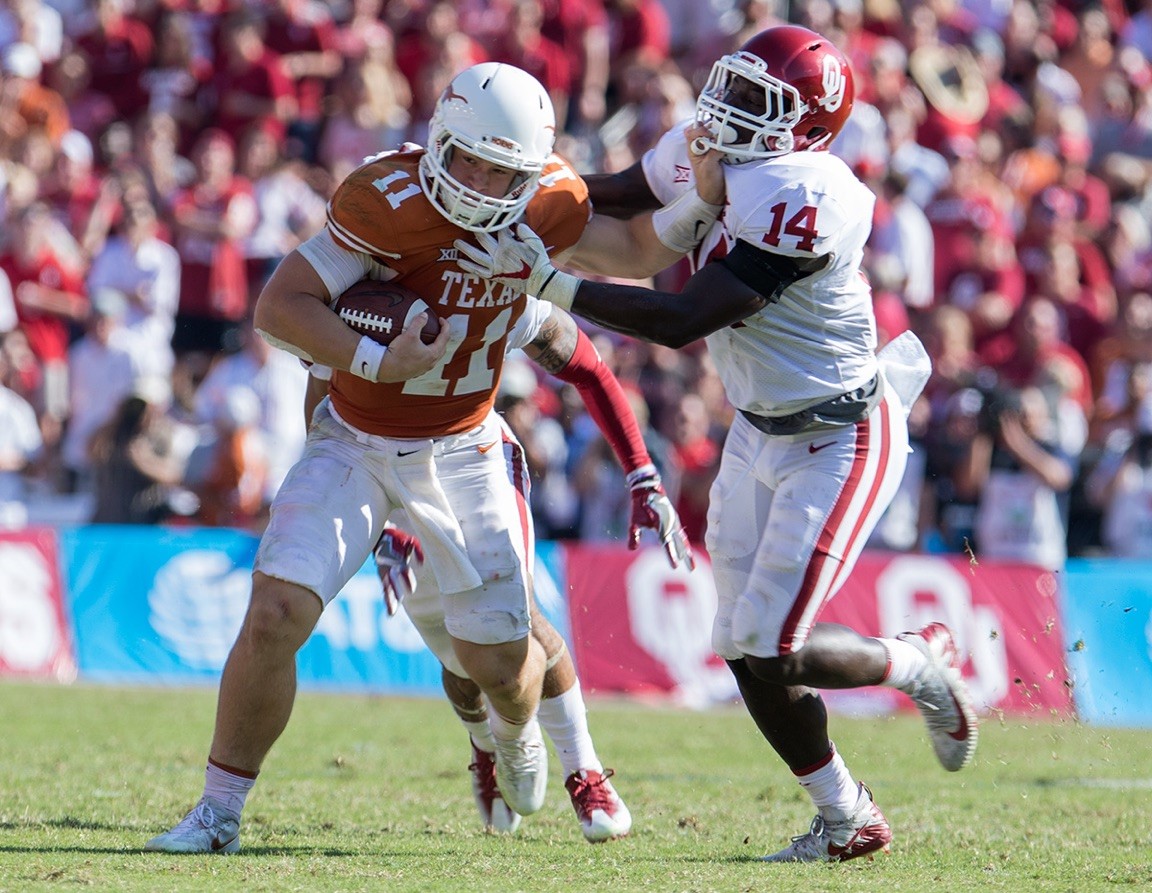 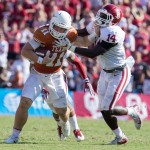 FootballFootball RecruitingInside the HumidorPremium
What's the best way to get recruits to watch OU football? Give them tickets to a Texas game. This year is the Sooners' turn to host and there will be a few common targets in attendance. More important than who is at the game is the outcome. The virtuous circle of winning begetting elite recruits begetting winning would get a nice boost if Texas could pull out the win. If this team sticks to its profile of playing 'up' to its competition we should be in for a dandy 24 hours time. 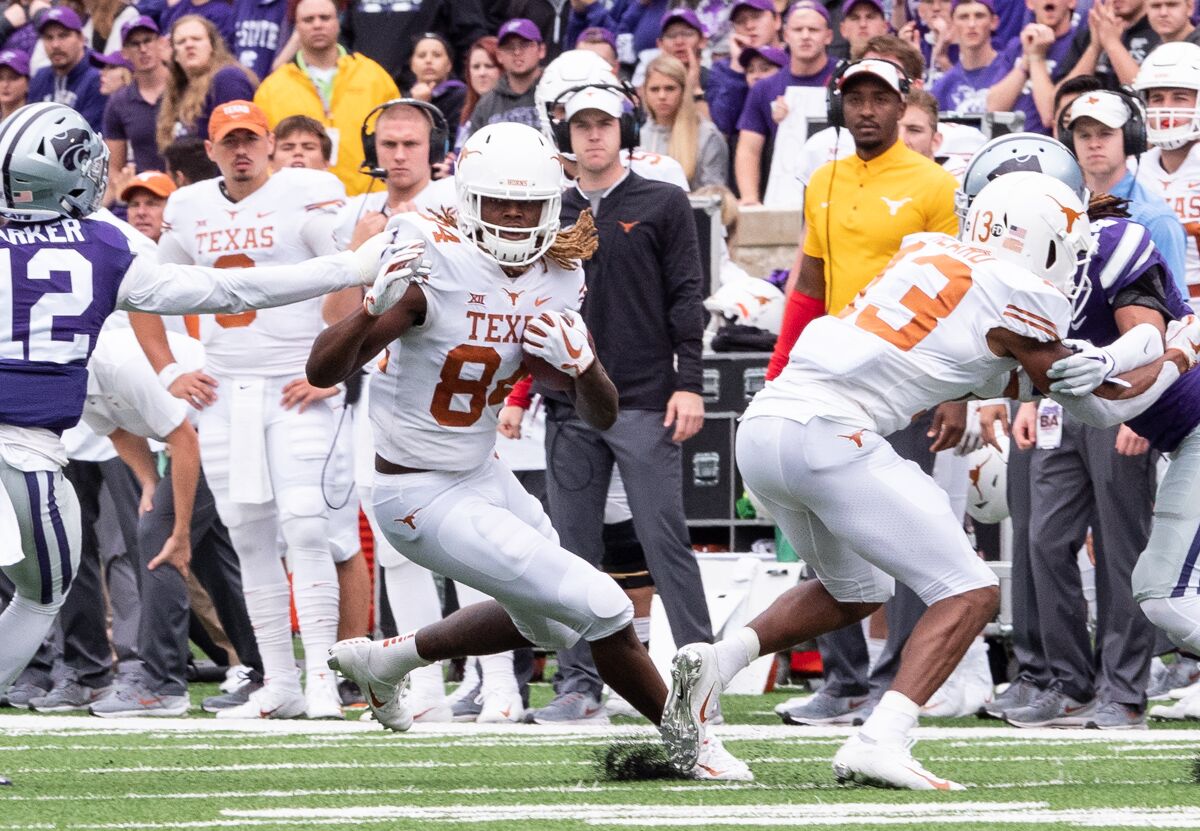 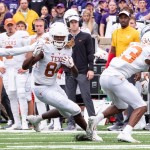 FootballPremium
At halftime, with Texas leading comfortably 19-0, I imagined a postgame postscript something along the lines of "It's really encouraging that Texas can play their C game on the road against a bad opponent and still win 33-10." 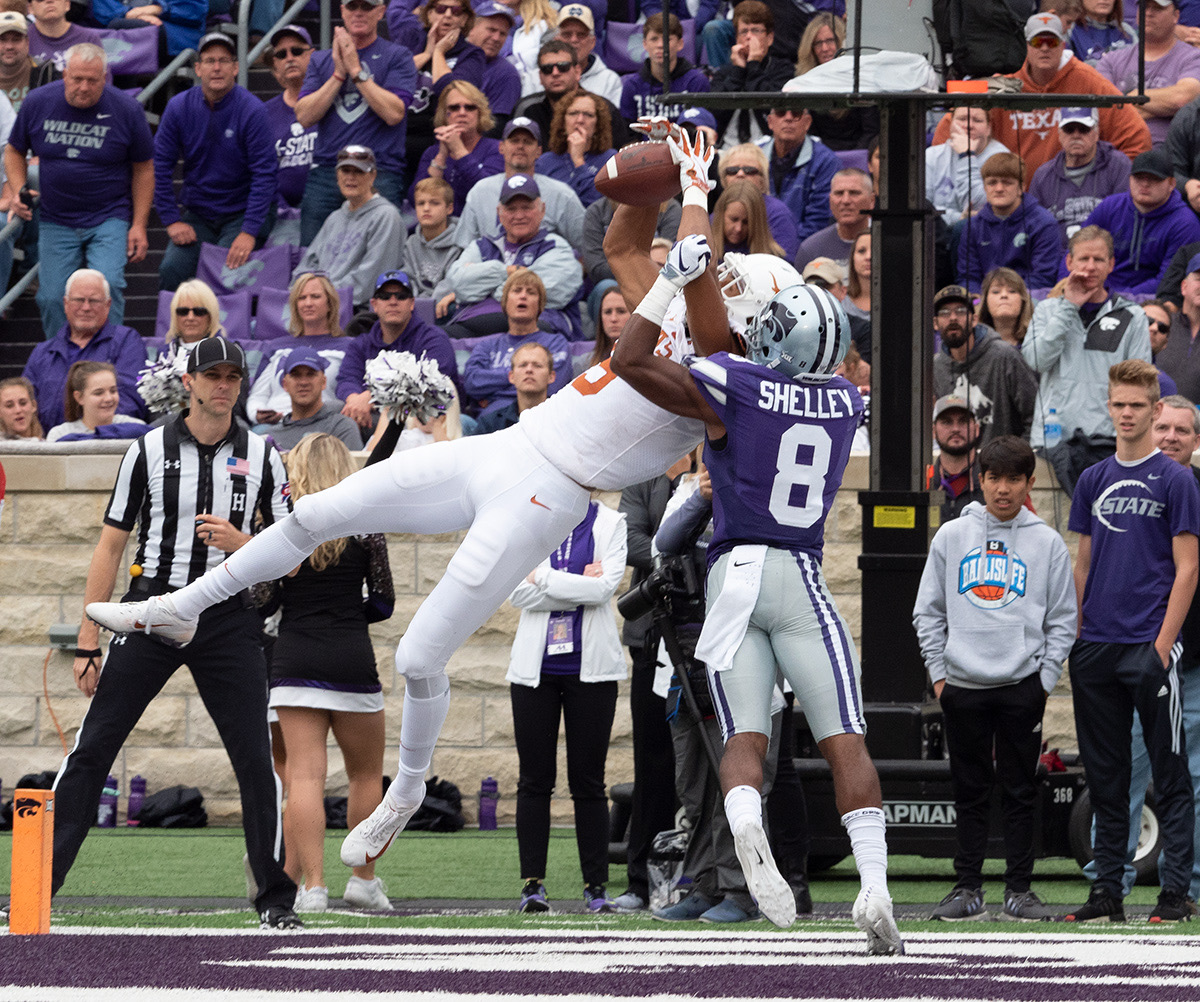 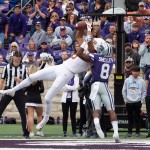 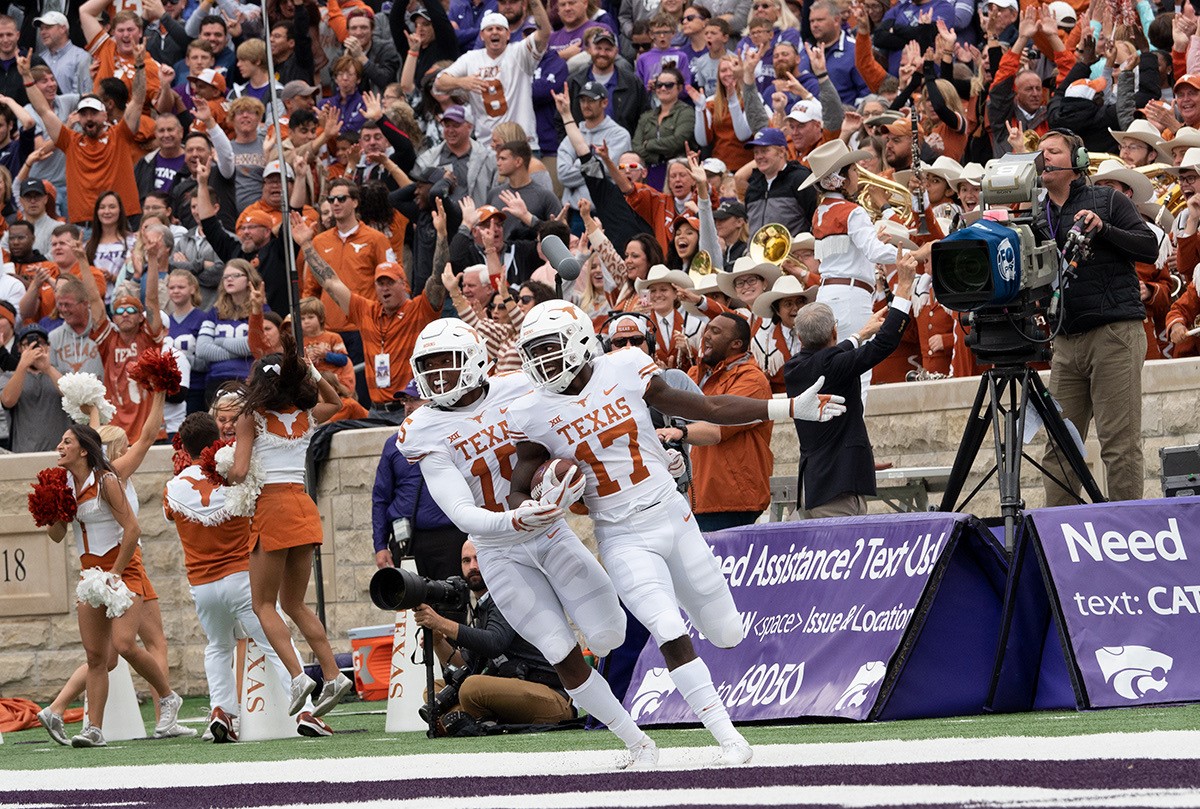 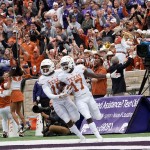 Football
It wasn't pretty, but football in Manhattan, Kansas rarely is. Texas jumped out to a commanding 19-0 lead, then held on down the final stretch for the 19-14 win at Bill Snyder Family Stadium on Saturday. Here are my Five Quick Thoughts following UT's win over Kansas State. 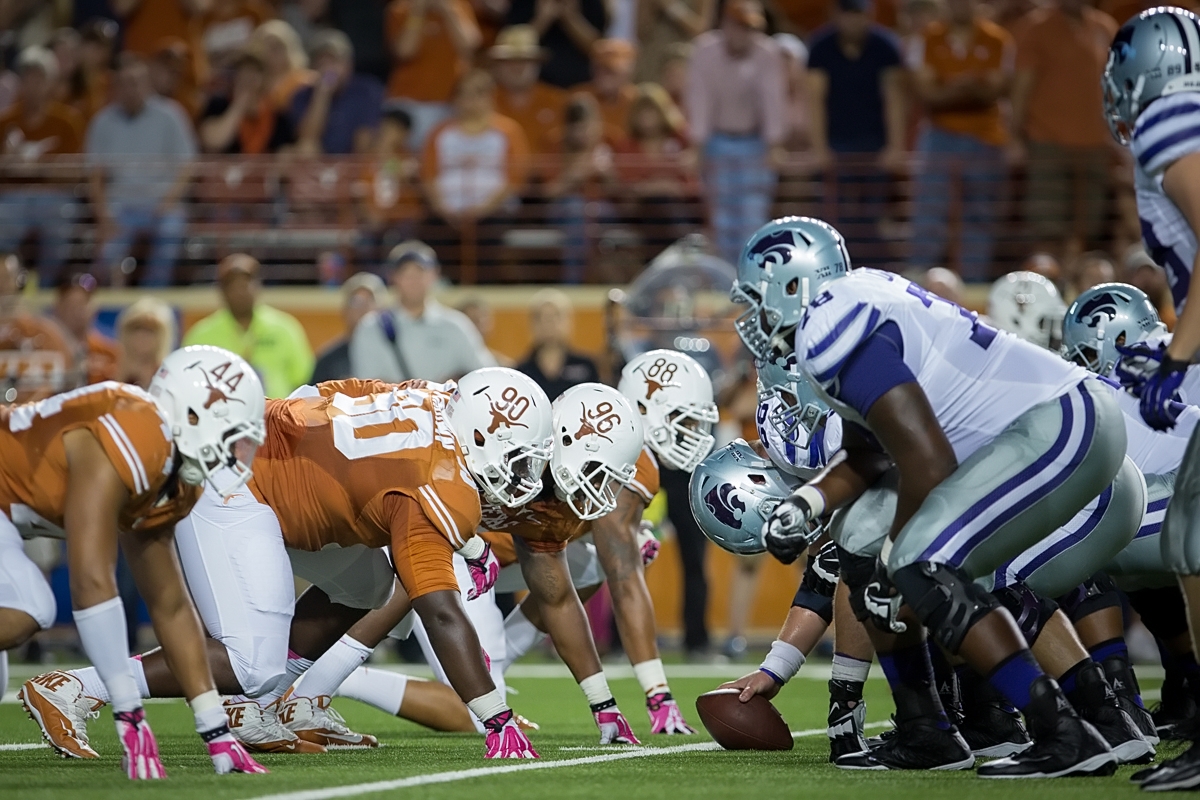 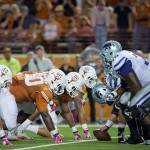 FootballFootball Recruiting
Texas heads to the little apple in Manhattan, KS with a date with the Kansas State Wildcats. Here's our Gameday Primer to get you ready on this football Saturday. 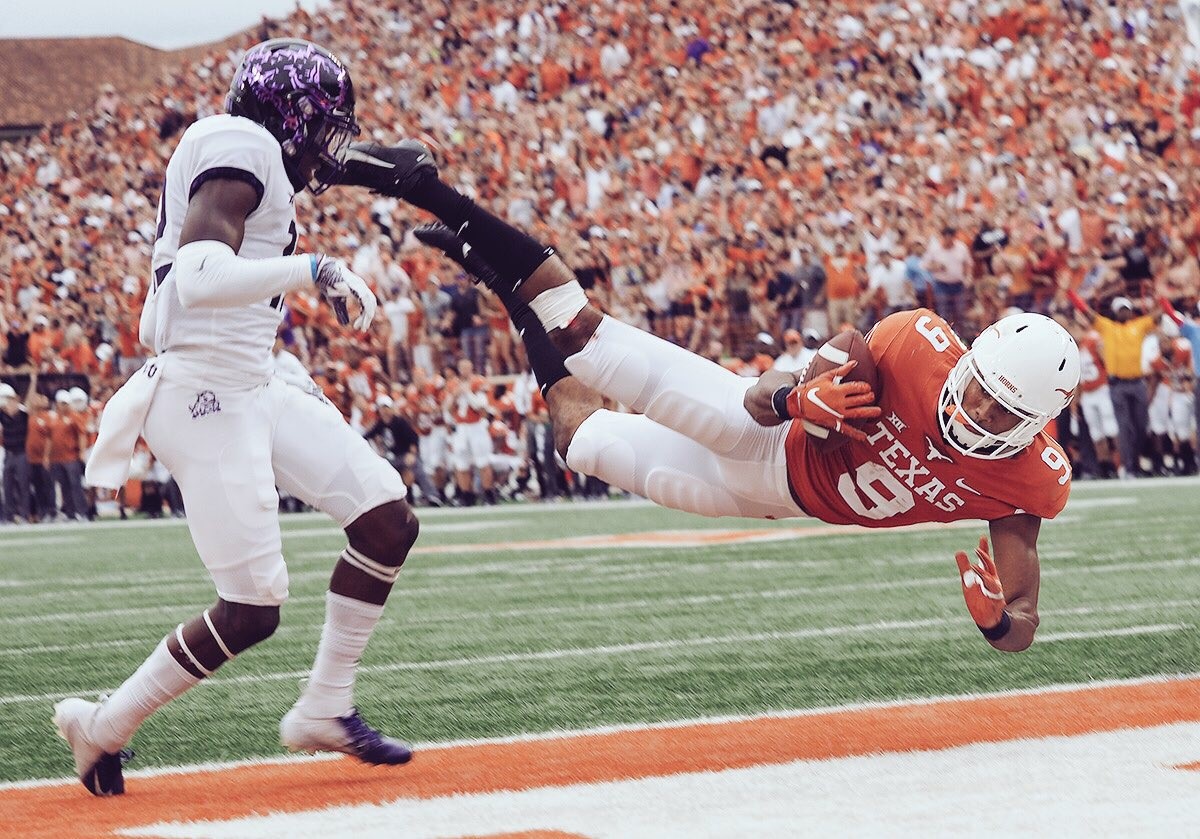 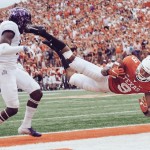 Football
AUSTIN, Tx — In its last two home games, Texas went into halftime against ranked opponents in a close game where the second half would determine the outcome. And on both occasions, UT (3-1, 1-0) earned decisive victories, only this time it opened Big 12 play and ended a four-game skid against the TCU Horned Frogs. 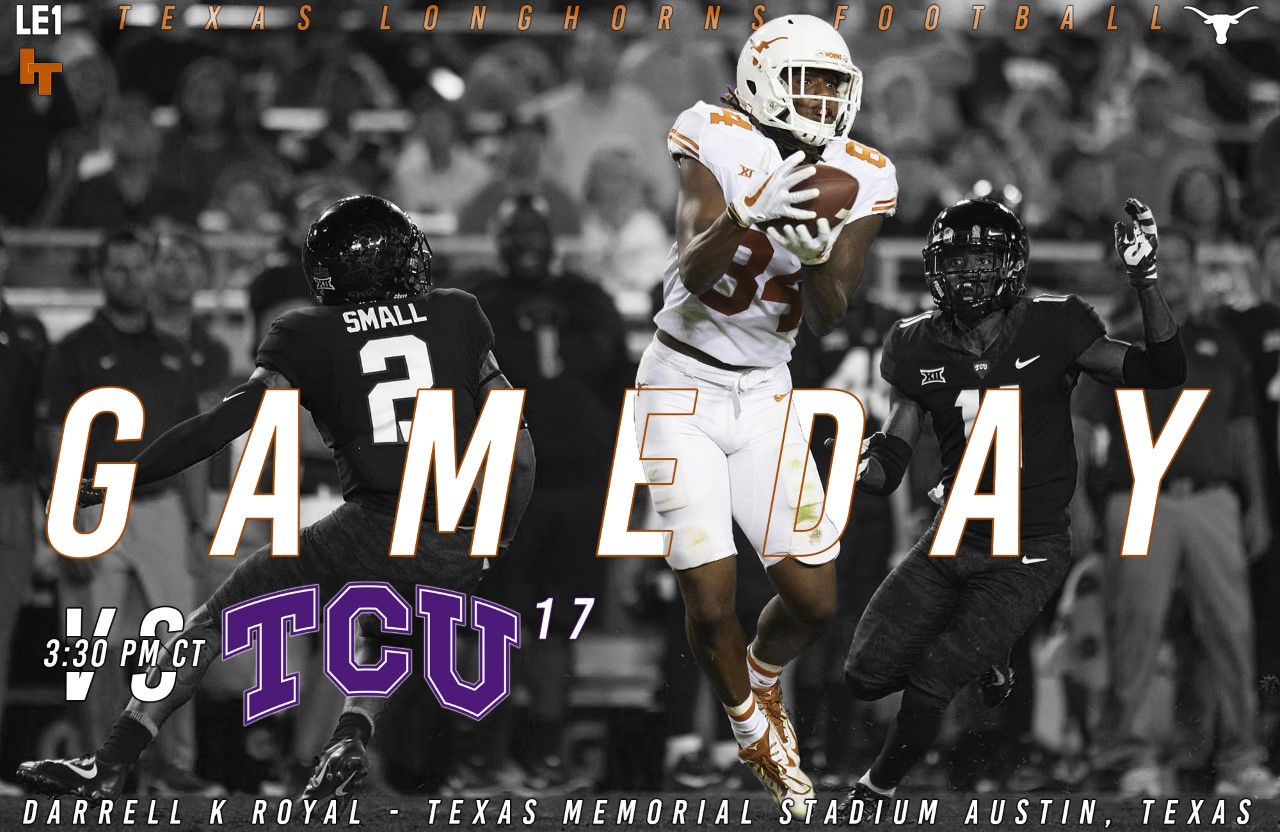 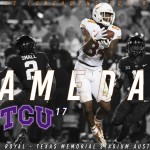 FootballFootball Recruiting
Coming off a big win over No. 22 USC last Saturday, Texas takes on a more formidable foe in the Frogs from Fort Worth. No. 17 TCU comes to Austin to open Big 12 play vs the Longhorns. We've got game previews, team news, injury reports, and the recruiting visitor list. It's Gameday, y'all. 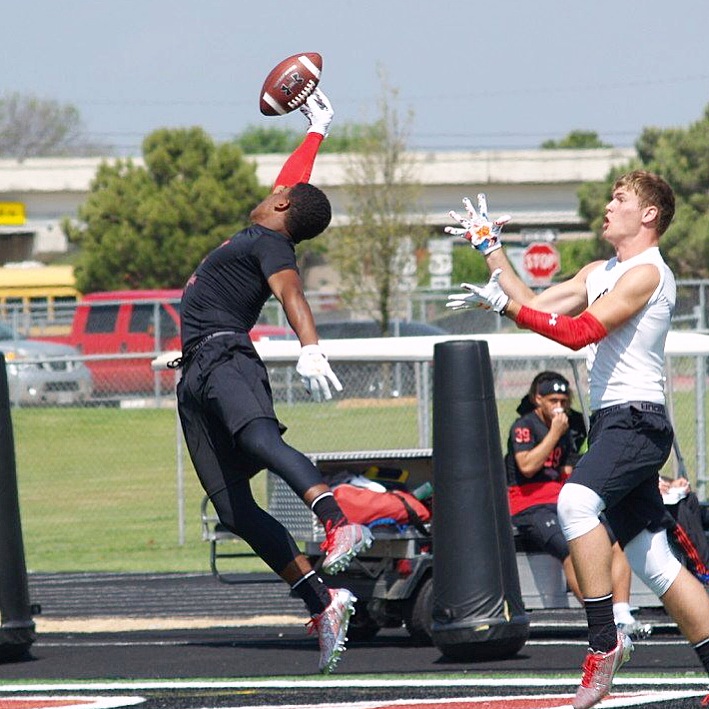 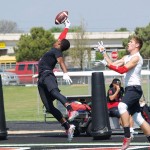 FootballFootball RecruitingInside ScoopPremium
It's finally game week on the 40 Acres. At this time Saturday, we'll be primed for Texas Football at FedEx Field vs Maryland. Let's take a closer look at the team this week, plus recruiting quotes from Jake Smith and September visitors. It's Monday, Scoop Day. 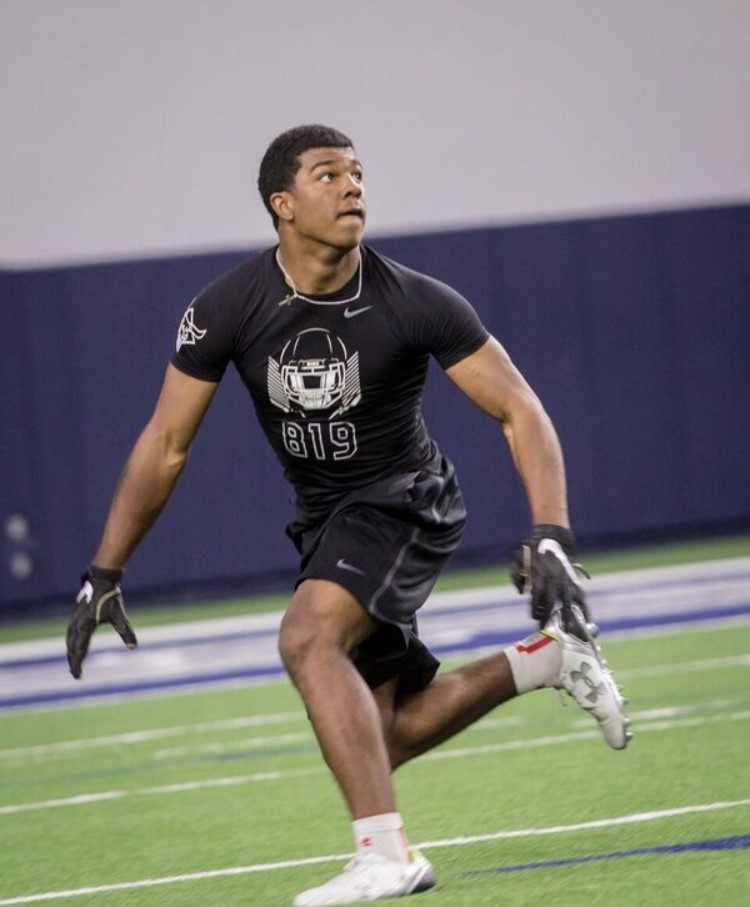 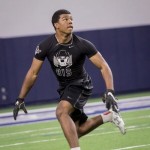 FootballFootball RecruitingInside ScoopPremium
Talking to elites from 2019, 2020 classes, new offers, another one to watch in Converse Judson, and our favorite pastime; recruiting percentages. It's Monday so let's Scoop.