Texas’ pro-spread offense can seem pretty bland at times. It includes lots of running between the tackles, as well as basic passing concepts found in most playbooks.

A wrinkle Tom Herman and the rest of the Texas offensive staff utilizes looks like many of the other plays in the playbook. However, the formation throws a curveball at the eleven defenders on the field and asks them to make a decision often before the ball is even snapped.

This formation is in Texas’ typical 11 personnel with one tight end and one running back on the field along with three wide receivers. The formation meets the required seven men on the line of scrimmage, but is unique in that one or two of the normally eligible receivers are ineligible.

A brief reminder that in college players wearing Nos. 50-79 are not allowed to catch a forward pass even if they line up as an eligible receiver, which Calvin Anderson and Samuel Cosmi often do in this formation. They are, however, allowed to catch laterals, which some have done in recent years. 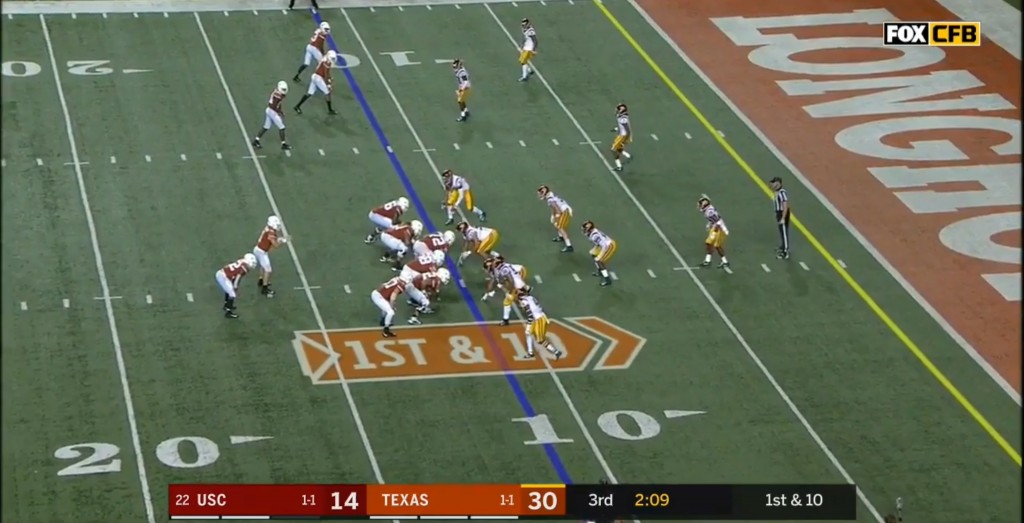 The variables come in the form of the tight end. The tight end can line up in a variety of spots, including off the line of scrimmage on the boundary… 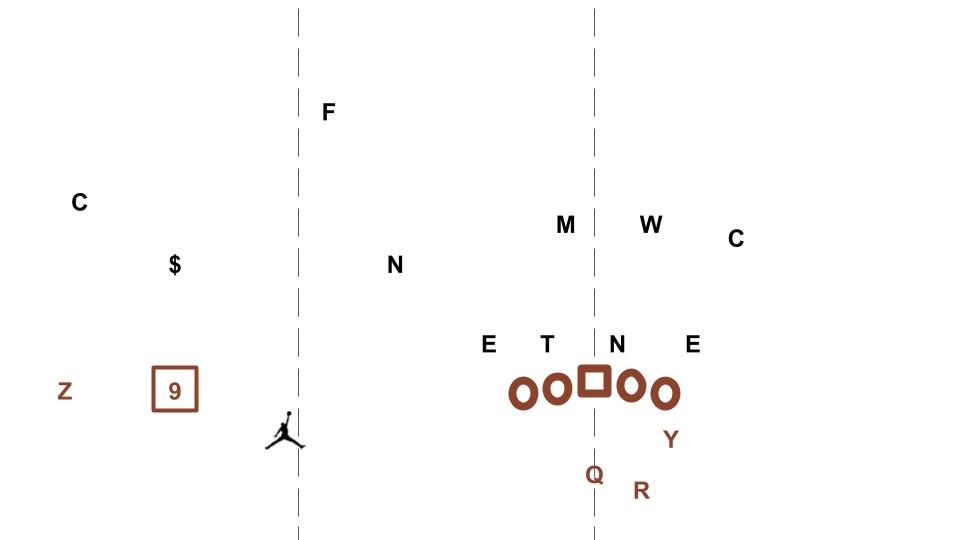 Off the line of scrimmage aligned to the field… 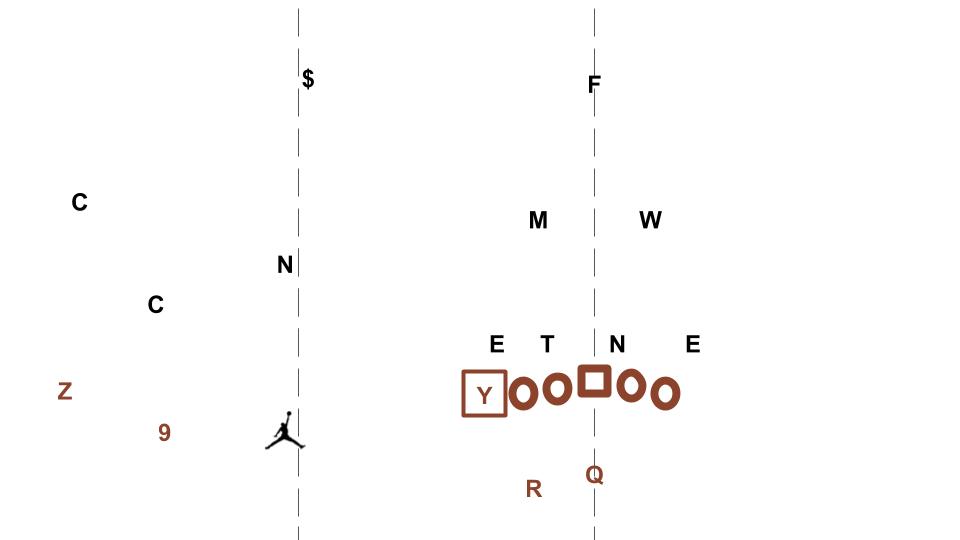 On Monday, Herman explained the philosophy behind the formation.

“It allows us to run our full-back offense from a shifted formation and see how they line up” Herman said. “Are you going to defend all of those receivers to the field? If so, the chances of you being short numbers-wise in the boundary exist and we can move our tight end around to exploit that.”

If numbers are to the offense’s advantage, it can run the ball with either the RB or the QB…

“If you decide to defend the boundary, then you should have an opportunity to dish the ball out to some of your receivers to the field,” Herman continued.

In addition to the more conventional, Herman left the door open to more plays like the following from the same formation. “People a lot of times forget the quarterback is an eligible receiver because he’s in the backfield,” he said.

Finally, because the defense tends to only carry a few answers to these formations, it’s a good set for taking deep shots. This instance had the tight end covered on the line of scrimmage and in pass protection the whole play. Devin Duvernay, the No. 2 receiver, was eligible to streak down the field for a touchdown reception.

Things aren’t always as they appear and Texas’ unbalanced sets have quietly been causing fits for opponents all year.